It’s true when they say a career choice is also a lifestyle choice which very often reflects on one’s appearance.  It is a real lifestyle change for those who have decided to take up wrestling professionally, for instance. To stay successful and in shape, you have got to adopt some new habits in terms of food, exercise, etc. The effects on people the lifestyle of a professional wrestler imposes on them are more than visible. It’s because of the newly adopted routines that they stay fast, strong, and energetic, things of crucial importance when once in the ring.  But, once out of the ring for good, these things no longer apply as a strict rule. Although there are people who maintain their shape and fitness as long as it is possible, others see it as an opportunity to dedicate on other aspects of their life, or maybe they choose a career in which staying in optimal physical shape is not a strict condition. Thus, through time they change so much that they become unrecognizable. There are numerous examples of such transformations, but you’ll get to see the most extreme ones. 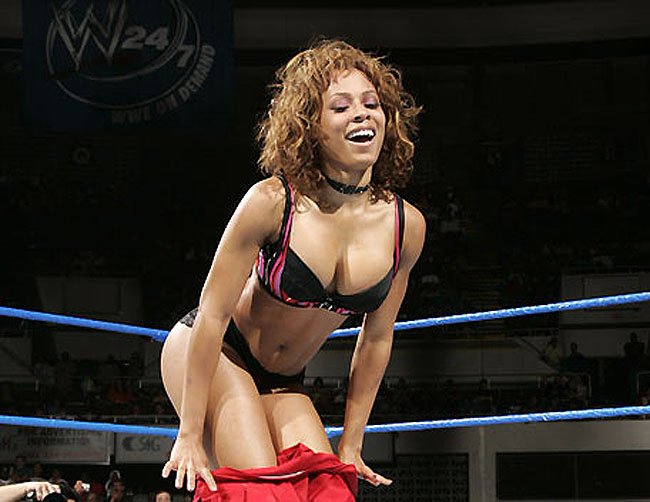 Kristal Marshall is an unusual example of someone who has left wrestling and changed their career path. If you remember the way she used to look when part of the women division, one can say that she only got better with time, just like a good wine, and getting out of wrestling have helped that.

Trish was an extravagant blonde with breast implants in the ring. She was in a great shape. Today she looks even better, she changed back her hair color and removed the implants. Now, she looks great in a different way. The former sevenfold champion is in perfect shape, getting married and having kids obviously wasn’t an excuse for her to keep her body fit and perfect.